"Truth Has Fallen" trailer: Innocence Does Not Guarantee Freedom from Sheila Sofian on Vimeo.

Sometimes people write to us and ask us to promote their site or issue on our blog.  Many of these requests are so far from our work, it's easy to to say no.  But we have to say YES to this request.  People who think that innocent people don't go to jail are kidding themselves-- and innocent people are still being murdered by the state.  Watch the trailer and check out the film's website: Truth Has Fallen.

From IndieWire: TRUTH HAS FALLEN is a live action/animated documentary about three innocent people who were wrongfully convicted for murders they did not commit. The film examines their cases and sheds light on weaknesses in our justice system. Employing a combination of abstract, surreal animation and live action images, TRUTH HAS FALLEN asks how innocent people could be convicted of murder- what could be done to prevent such injustices in the future- and what happens to these innocent people when they are released from prison after years of incarceration?

Director/Animator/Producer Sheila Soflan and  Executive Producer David Fain still have funds to raise for a soundtrack and post-production costs.  You can find out more about their fundraising drive here.

Posted by Arise for Social Justice

We're a Western MA low-income rights organization which believes we have the right to speak for ourselves. Our members are poor, homeless, at-risk, working, unemployed & people pushed to the side by society. We organize!-- voting rights, homelessness, housing, health care, criminal injustice & more! 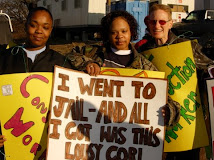 Join iGive.com and shop through their website at hundreds of national and local merchants get some great discounts (especially for the holidays) and help Arise raise money at the same time.
Arise for Social Justice
467 State St., P.O. Box 5423
Springfield, MA 01101
(413) 734-4948
Ariseforsocialjustice@gmail.com 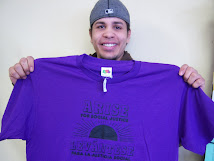 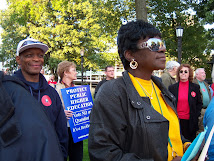 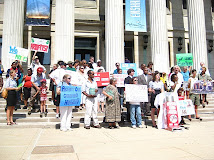 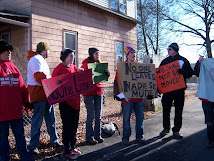 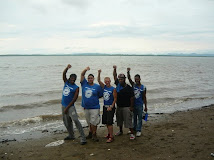